I got the Dragon Age Set 1 box a few weeks ago, and have piddled around with it, of course taking and pre-supposing a different setting than Felderan (see my earlier post to understand why), which I decided to be a 'standardish' Fantasy world that had suffered a cataclysm of having it's moon shattered.   So a bit of a post-apocalyptic fantasy, without it being a totally world-destroying event.

I read the Freeport backgrounds that Chris Pramas did for Kobold Quarterly issue 13, and used those as well as the ones in the boxed set as a guideline, and came up with the backgrounds below. . . 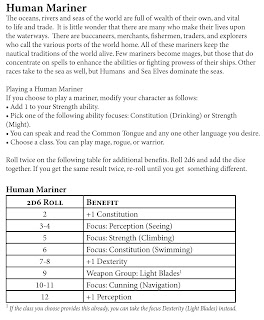 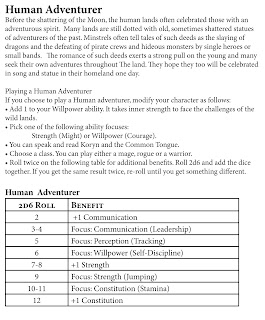 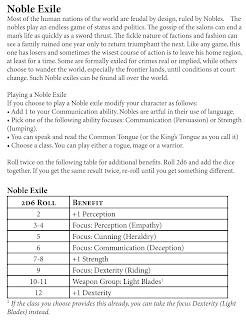 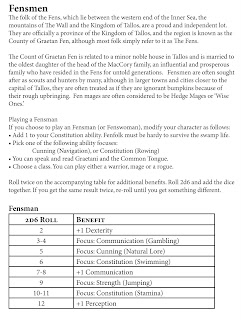 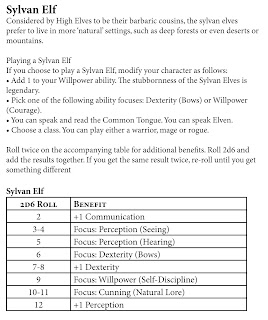 Email ThisBlogThis!Share to TwitterShare to FacebookShare to Pinterest
Labels: Beneath a Shattered Moon, Dragon Age