Beneath the Shattered Moon Maps - Part 1

I did a rough map of North and South America and a bit of detail of North America.  I used maps from Eduplace and then used Photoshop and Illustrator on them.   I'll post some 'historical' details a bit farther down the road, plus maps of the other continents.   I like to get my maps at least roughly squared away before I start listing the history, plus doing it this way, it often inspires certain ideas that I may not have thought of previously.

First, the map of North and South America 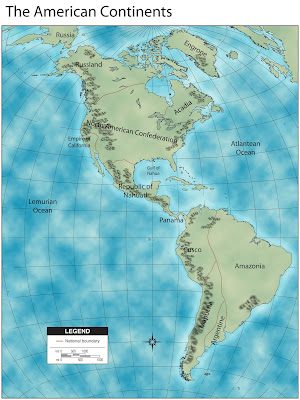 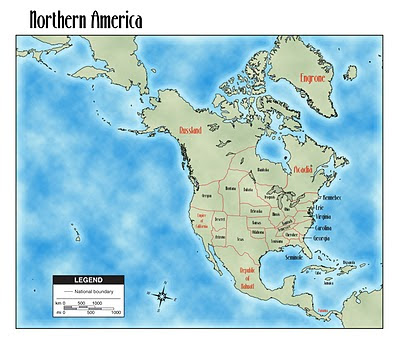