I was digging through my old files. . .

Nope, not a map today :D

I was looking for something (don't remember what now) and came across some pregenerated characters I did for a game I was considering running at one point.   It's saved as Cold Warriors 1954, and I don't have any other notes, which means this probably never got past the point of scribbles in a notebook and making the character sheet and a handful of pregens before GM ADD set in.

Regardless, here are the Agents of the Initiative for Counter Espionage as I had them prepared for the test I was going to run.   I found the pdf of the black character sheet as well and dropped in into the character sheet list over on the left.

Oh, and I just pulled the names for NPC contacts and enemies out of my rump, so if I put any names that are offensive or just plain stupid, consider their source :P 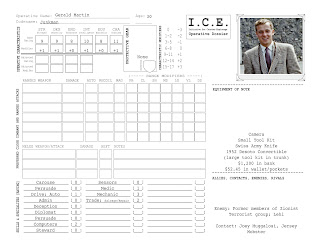 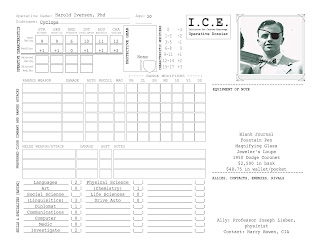 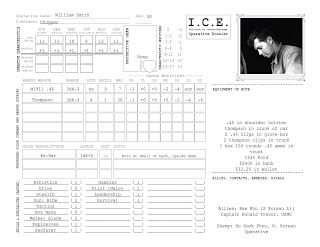 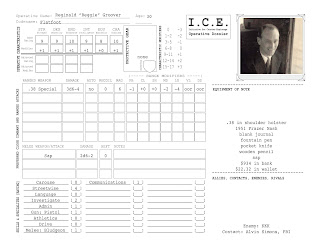 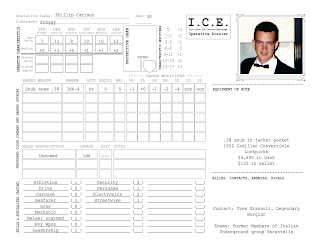 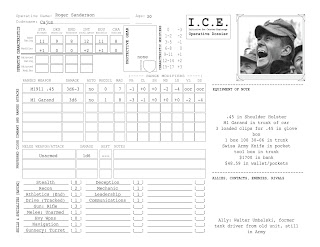